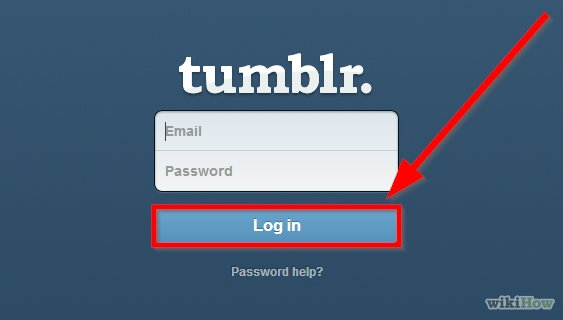 Tumblr is a platform for microblogging that allows people to express themselves online. It combines Twitter’s immediacy and Facebook’s connectivity to provide you with the capability of expressing your feelings and thoughts on the topic of your choosing.

Tumblr provides you with a lot of creative freedom, and it allows you to build a network with whom you can share your content.
Creating a microblog on Tumblr is easy and it’s free and you can discuss anything of interest to you. Content can be shared in a variety of ways including videos, images, text, or animations. There is a social element to Tumblr that feels like other social platforms but with the addition of blogging.
Other users on Tumblr that have interests that are similar to your own will be able to view your blog within their feed and they have the option of following you if your content interests them. They can ‘like’ your posts and share your content on their own blog if they so choose.

Tumblr allows users to get very creative without all the difficulties associated with setting up their own website. The usefulness of Tumblr lies in its simplicity. You don’t need to learn any coding and setting up a Tumblr microblog is a fairly straightforward process. To get started all you need to do is choose a name, select a template and enter some text, it’s really that simple to begin and updates can be added in just a few seconds.
However, the design of your blog is not constrained. You are also free to create a design for your microblog that even pro designers will admire.

Why Should You Use Tumblr?

Tumblr receives more than 5.5 billion page views very month and its infrastructure has built-in virality. If your content interests a user that is famous or well-followed, you may quickly get numerous re-blogs. However, Tumblr does lack a natural blog discovery process. It’s very difficult for users to find content unless they are already a follower of the blog that’s publishing, except via hashtag searches or re-blogs.
In addition Tumblr has about 175 million microblogs. A lot of the blogs on Tumblr are a bit quirky and many of them post only animated images. Tumblr is frequently used for image sharing rather than text sharing.

What Can You Do On Tumblr?

The interface on Tumblr allows you to view your own content and content on other user’s blogs. It also gives you the ability to launch a Tumblr blog that has a unique URL, using an external domain. You can customise your page anyway you choose. Therefore, you can create a site with Tumblr underpinnings to broadcast your content in a manner that suits your goals.
A great example of this is http://theburninghouse.com. This site demonstrates the simplicity of Tumblr and the capacity to display content that is quite granular. In this case, the site talks about which items you would save if your house was on fire!
All contributions to the site follow a similar style, maintaining the same feel through the entire site. Certainly, this site would not enjoy the popularity it has without being part of the Tumblr community. Much of the content of the site is supplied by other Tumblr users.
The reciprocal nature of the Tumblr community is what differentiates it from other blogging platforms. You can use Tumblr to showcase your products and services, but to use it to best advantage, you’ll have to engage with other users.

Engaging with other users on Tumblr is fairly straightforward, but it can be a bit slow in the beginning. To engage with your target audience, find other blogs with content that is related to your own and begin liking or re-blogging their content. Interaction with other blogs, popular blogs in particular, is important to gain visibility for your brand. Follower counts aren’t displayed, so you can follow numerous blogs without other users being aware of the number of blogs you’re following.
After you follow a blog, the content of the blog you are following will be displayed in your feed. You can build the profile of your brand by sharing content from other users that relates to your brand. This will provide encouragement for them to post similar content that your followers will find useful.
The majority of Tumblr blogs are visual, consequently, text-based blogs don’t tend to perform that well in comparison. This is probably due to the fact that the format of Tumblr is supportive of easy browsing. Therefore, images that promote your brand will be much more helpful than textual content.

It’s also a good idea to tag all of your posts. The tagging system on Tumblr is designed for you to place up to 12 tags on every post. Tagging will make your content easier to be discovered and it will increase the chances it will be re-blogged.

Tumblr is continuing to grow which is why Yahoo has chosen to invest in it. While Tumblr can be helpful to build a community, it can’t be used on its own. Like most other tools, it should be used as a part of a broader social media and marketing strategy.