Posted by Cameron Francis on 01 Oct , 2013 in News Uncategorized

On Thursday, 9/26/2013, Google announced a big change to its search algorithm. This is a major algorithmic change that has an effect upon 90% of searches. 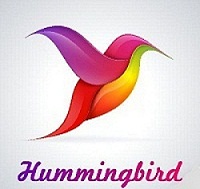 The Reason For Changing The Search Algorithm

According to Google, these changes were initiated, since users are using complex and long search queries more frequently and they are also frequently executing voice searches from mobile devices.

Most of the public has not seemed to notice that the search engine that they use so frequently has been ripped out and replaced with a new engine.

This new search algorithm, which is called Hummingbird, was announced at an event that celebrated the fifteenth birthday of Google search. The event took place in a garage that was rented by the founders of Google when the company was started. Few details were revealed regarding the inner workings of the algorithm or the changes that were made. Google said that the algorithm changes were made about one month ago, although users might not have noticed a drastic difference in their search results over the past month.

Originally, keywords were matched in search queries to the keywords on pages of websites. With Hummingbird, there has been a shift to comprehending the meanings of search query phrases, and displaying the web pages in search results that best match the meaning.

Incremental steps towards achieving this goal had already been taken. The Knowledge Graph, which was introduced within the past year, is designed to comprehend the relationships between and meanings of places, people, and things. This is called semantic search. This is the reason a search for Tony Abbott, for example, will display his birthday, names of family members, and links to related individuals.

Furthermore, this algorithm utilises research that Google has performed to comprehend language that is conversational. An example of this would be the interpretation of what pronouns in a search string are referring to.

The Hummingbird algorithm extends these changes to all searches. It is not confined only to searches that are related to Knowledge Graph entities. Hummingbird attempts to link phrases and comprehend concepts in longer search queries.

The Result Of These Changes

The result of these changes is not an alteration in the manner that Google searches the internet, however, it is a large change in the results that will be displayed. Dissimilar, to many of its algorithmic changes, like Penguin and Panda, that came down hard on content and link farms in the SERPS, Hummingbird may not have a noticeable effect on some web business categories. Google says that users of its search engine will obtain results that are more precise.

Additionally, Google announced several smaller search changes. For better usability on tablets and mobile devices, the visual layout of search is changing. Users will be able to form a comparison between two items in a search, like olive oil and vegetable oil. There is also a new app for use on Apple devices that people can use to create a reminder on an Android based device and later receive them on an Apple device, like an iPhone. Contact SEO Experts at eTraffic Web Marketing, If your website has affected by the Hummingbird update.