The End of Email Marketing? Studies Show Young People are Shifting from Email to Messaging Apps 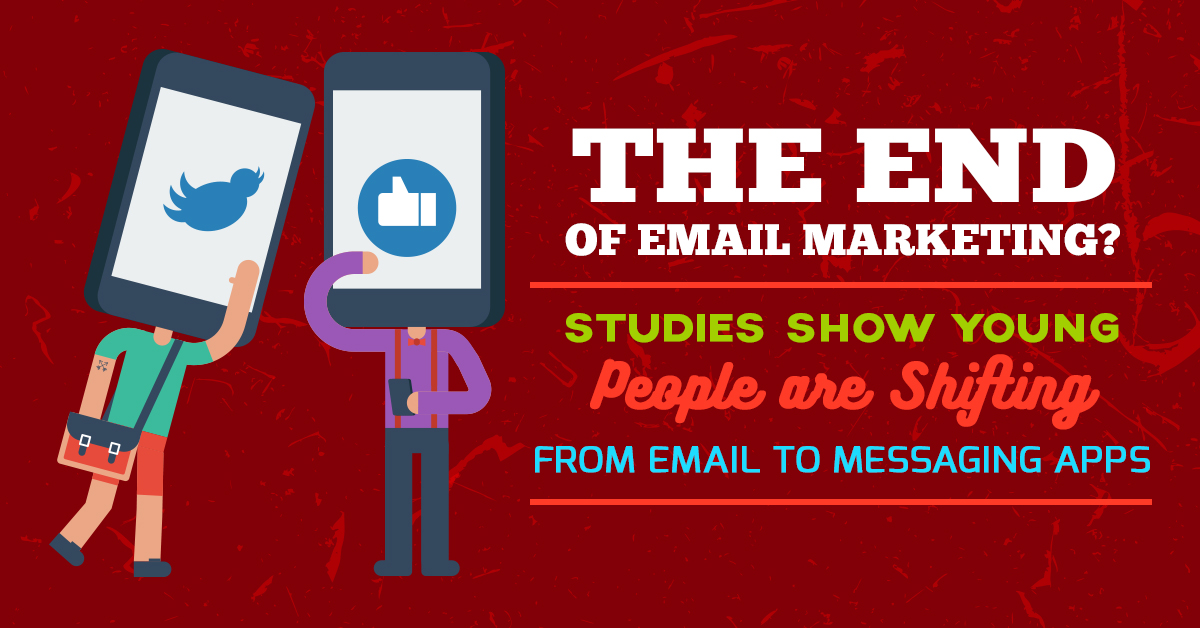 Advertisers are wary about the shift by young people toward messaging apps from email.

Two recent studies have erased doubts about the increasing use of messaging apps over email services.

The first study was conducted by App Annie, an app analyst based in San Francisco.

The Android-only survey draws on the conclusion that the communications landscape is taking a different direction among the youth in comparison to their seniors.

And they want to do it fast.

The smartphone apps are giving them a sure-fire way to do just that.

Analysts are attributing the popularity of mobile apps to the fact that they offer far more than just text.

Some have argued that these apps are actually multi-platforms.

The more bullish tech analysts have gone further to term the apps as ecosystems in themselves.

Of all the innovative new apps, Snapchat has featured more prominently. 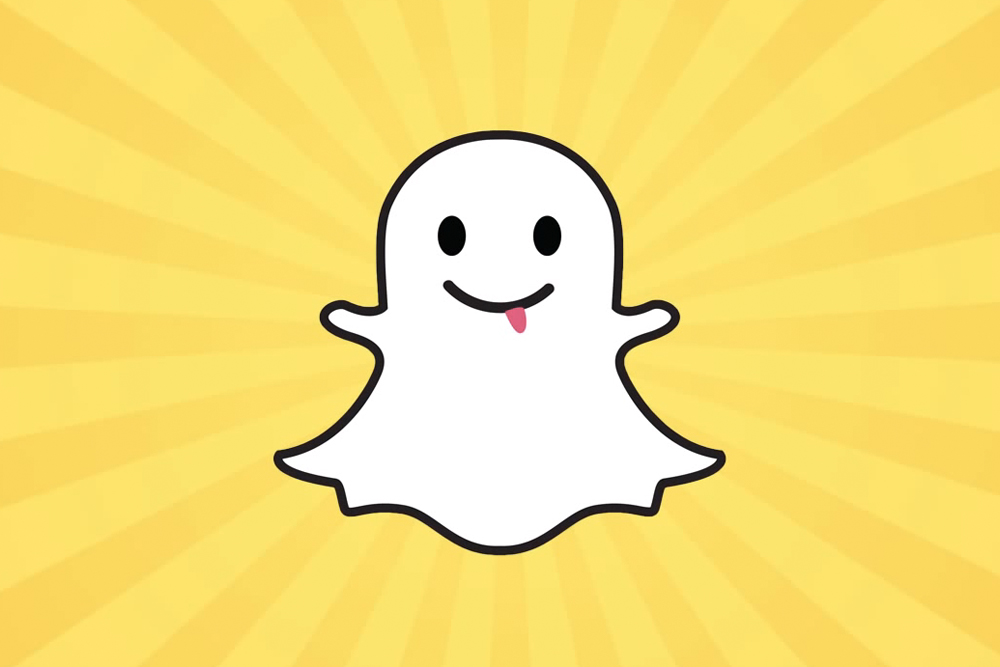 Its ability to support hours of video from various content providers alongside other amazing features came out as a leading example.

“It’s just a lot more fun to use them than traditional email”, said Mark Spoonauer, the chief editor for Tom’s Guide.

App Annie aggregates that the use of mobile apps is on the rise, and younger folk are leading the revolution. 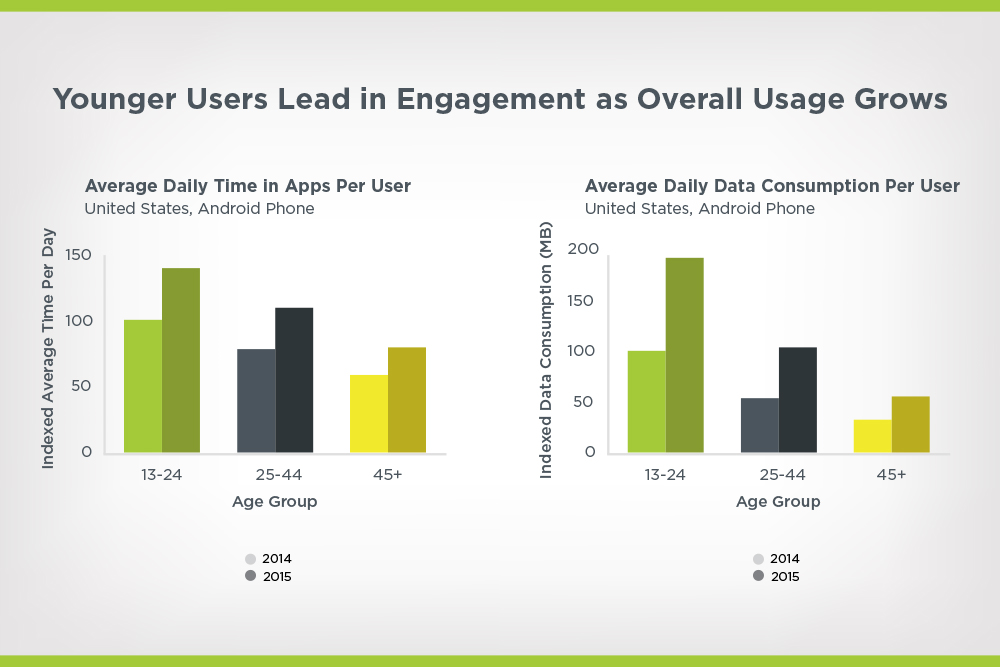 In the US alone, users of the Android OS spent an overall of 40 percent more time on their Android Phone Apps in 2015.

The survey points out that email, in particular, is rapidly losing ground among the younger set.

They are increasingly inclined to use the apps even for the more traditional services.

Consumers aged between 13 and 24 years now spend well over three times as many hours on the innovative messaging apps as those aged over 45 years old.

The older users, on the other hand, are more inclined to adopt the use of apps that tend to mimic desktop functions such as email and Internet browsers, according to App Annie. 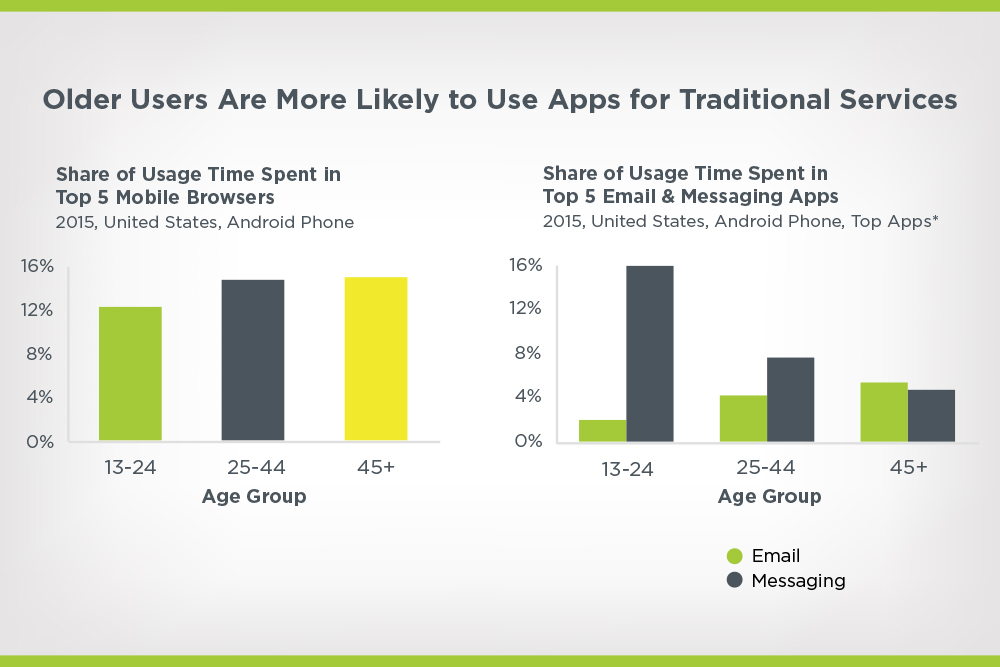 The findings by App Annie are supported by a separate report by GlobalWebIndex, a market-research firm based in the UK at Dorset Rise, London.

Their study confirms the fact that messaging apps are the tools for the young.

The market researcher has singled out Snapchat as hands-down the king of mobile apps when young audiences are involved.

Snapchat is the fastest growing mobile app that Facebook unsuccessfully offered to purchase at the cost of $3 billion in 2013. 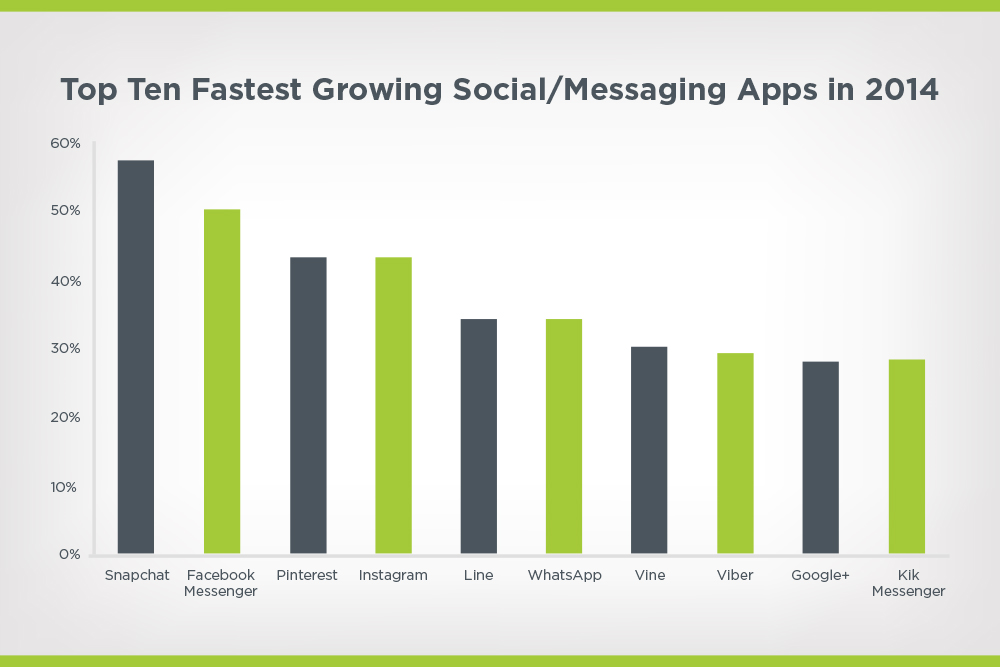 According to GlobalWebIndex’s latest report, Snapchat towered above messaging apps with the youngest audience by far.

More than 80 percent of Snapchat users are under the age of 35.

WhatsApp which is another one of the most popular mobile messaging apps globally had only 61 percent of its users under 35. 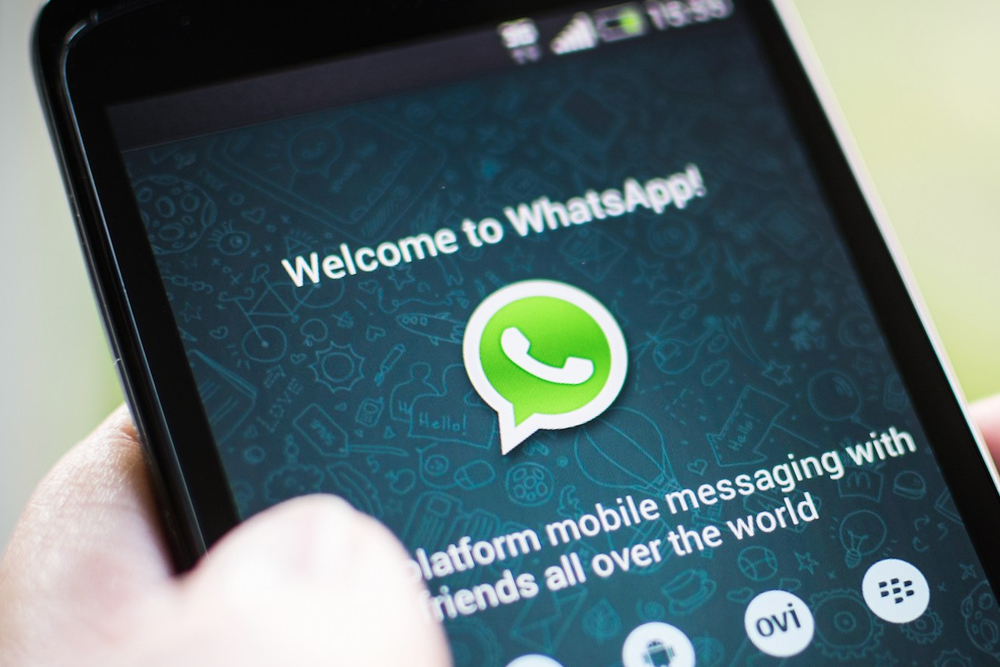 The percentage of under 35 users for Facebook Messenger stood slightly higher at 65 percent.

According to the report, WhatsApp is the king of mobile messaging on a global scale among consumers within the 16 to 24 age set.

Viber on the other hand is the most popular messaging app among persons of the 25 to 34 age bracket.

Shift From Email to Messaging Apps Not a New Thing

It would be too bullish to sum up that adults will soon start to dump email services for messaging apps.

But one thing is clear; the shift is not new knowledge.

These studies are just the latest in a long stream of updates on how young people use social media.

Still some marketers took the earlier pointers with a pinch of salt.

With these latest studies confirming that the likes of Snapchat and WhatsApp, Tango alongside Tinder and Grindr are reaping big dollars for their businesses.

More attention is now drawn towards what this trend could mean for business.

Young people’s use of communication tools is a subject of great interest to businesses and advertisers that seek to hook consumers at an early age and eventually grip them for all eternity.

In fact, if you have not joined this bandwagon of advertisers who are concerned about young consumers then you are sleeping on your job.

Teens and the youth in general are the demographics that often point everyone else towards the next big thing in the digital space.

They are early adopters and are never afraid to try something new.

Even more interestingly, they are prone to shift from time to time from one app to the next.

They need to keep fleeing from their parents and stay in a place where they can be free to behave and feel cool.

“A lot of kids think that now that their parents have discovered Instagram, it’s like ‘we’ve gotta go someplace else fast,” said Mark Spoonauer of Tom’s Guide.

The more we expect the older folk to gravitate to apps such as Instragram and Snapchat, the more the younger generation will continue to flee to new evolving mobile apps, he adds.

Thousands of tech-savvy youngsters are taking the smartphone-based messaging apps industry by storm.

And there seems to be something new in the smartphone messaging app space every other day.

These communication tools are now sweeping across every corner of the world, with various messaging and communication apps enjoying varying levels of popularity at different regions.

Hats off to Snapchat that despite being limited to considerably few regions in terms of popularity, has managed to see a ballooning user base and is likely to take off in every other part of the world next. 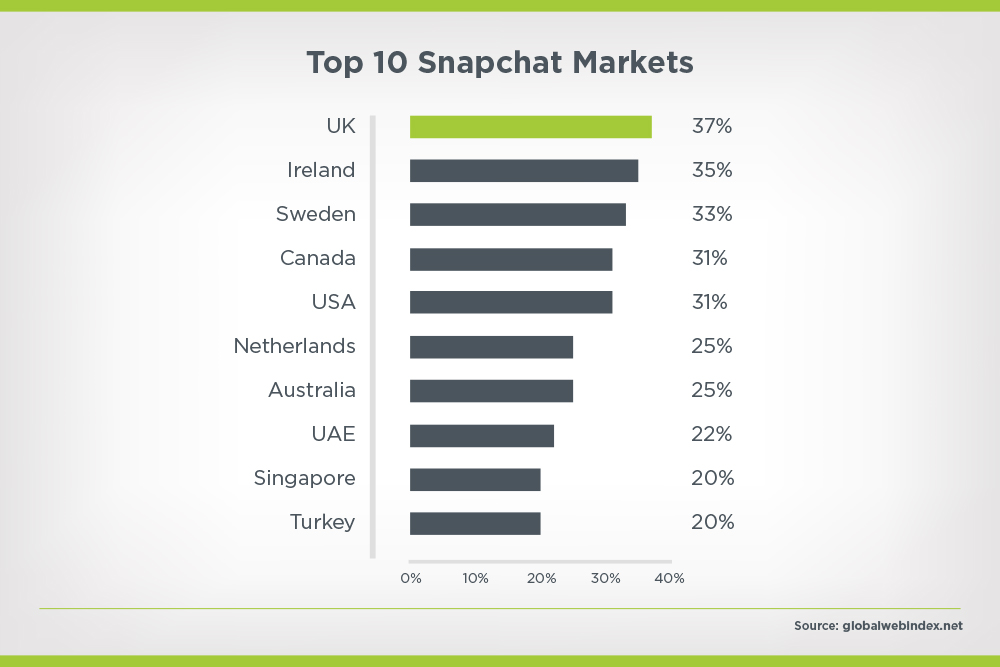 Notice that Snapchat is already performing better outside home. The startup was founded in the US- specifically at the Stanford University.

But from the statistics, the video messaging app has gained far better adoption in the United Kingdom, Ireland and Sweden.

Its cradle land the US is lagging behind at 31 percent adoption rate.

With its combination of text, photo and video appeal, the app provides a quick-fire means of trading everything from glamorous moments to flirtatious ephemeral pictures.

We can only imagine how many more people will rush to join its community of users as soon as they discover it.

We are already aware that a host of big companies are investing tons cash on acquisitions and investments in this sphere of social networking. 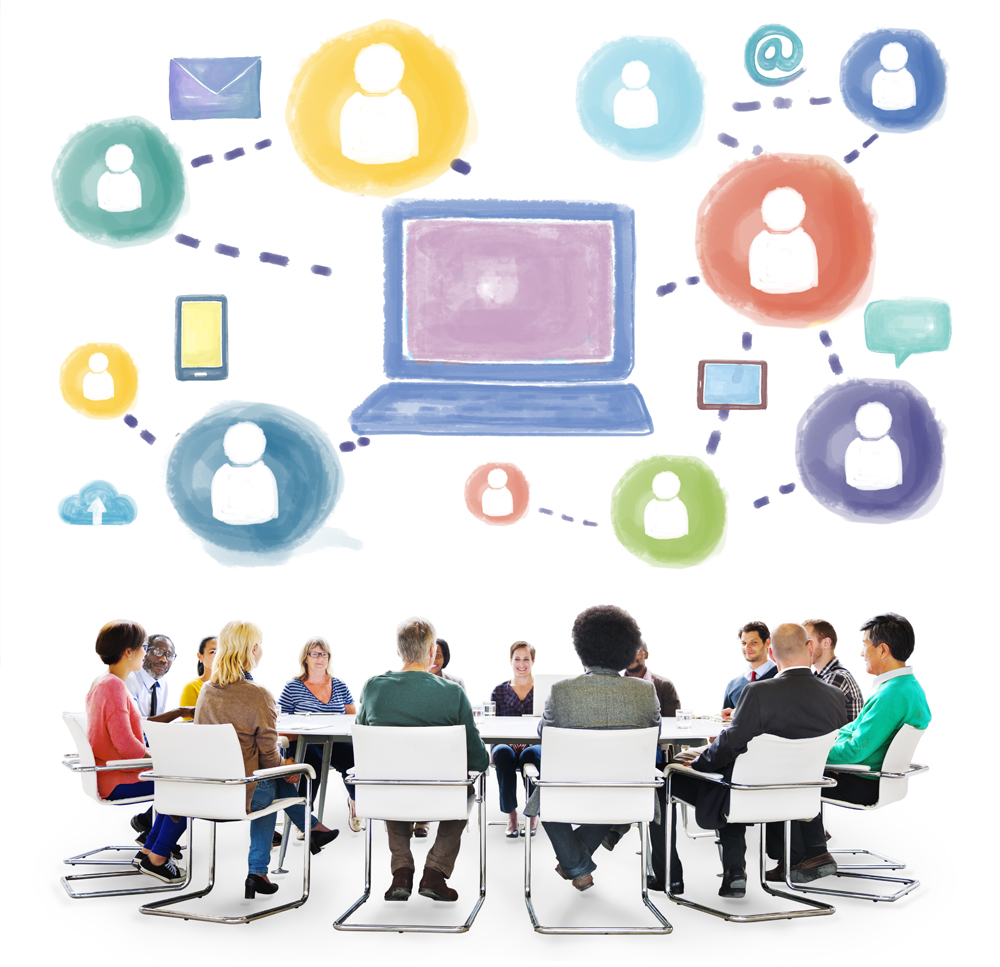 And with the increasing awareness of the importance of early adoption inherent in the youth, we can only infer that the future is messaging apps, which is dark for email marketing.