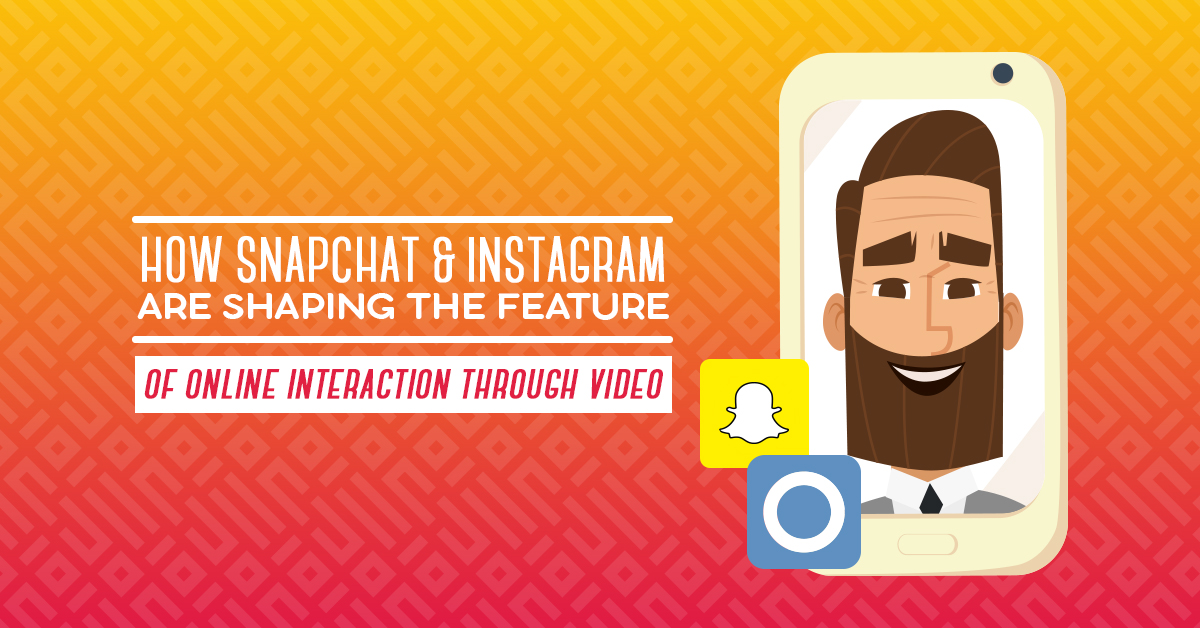 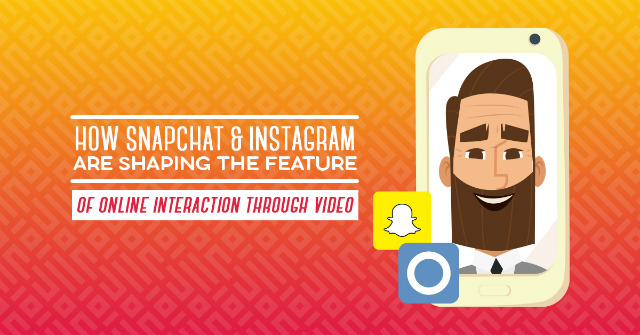 Video advertising and subscriptions have been on aggressive growth trajectories over the past couple of years.

As eMarketer reports, expenditure on digital video ads is expected only to go through the roof. 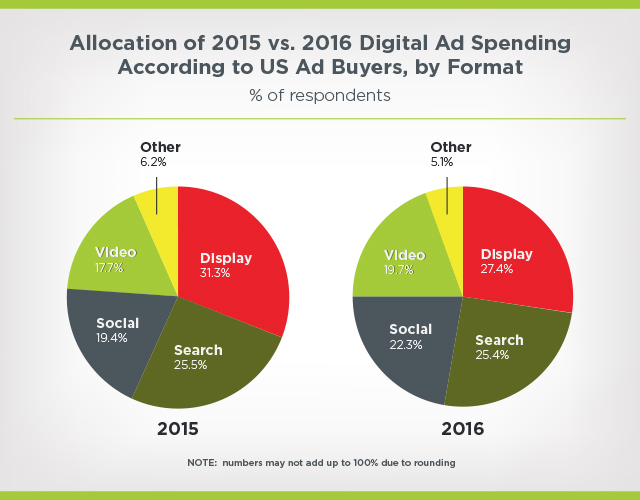 Video is clearly the future of online communication.

Users increasingly prefer video over any other medium.

And that clearly tells why the number of uploaded videos and video views has been on the rise over the past decade.

Both digital video ad spend and video views have multiplied many times over, with the latter registering the faster pace according to comScore, a global media analytics company. 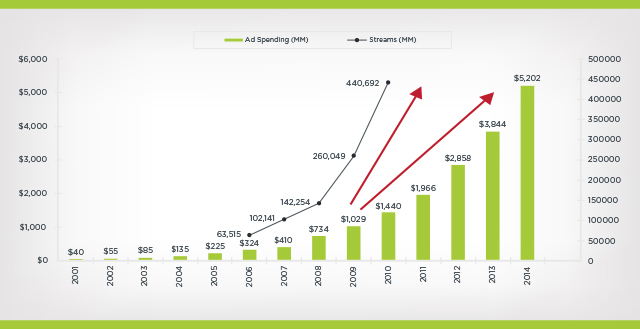 Today people watch hundreds of millions of hours of video each day.

Users’ increasing preference for video content over other media is spearheading the exponential growth in video as the dominant medium of online interactions.

Experts predict that about 69% of all Web Traffic will be video content as of 2018.

Content providers have been under mounting pressure to shift towards video or risk losing command of the digital market.

As a result, we see more and more of standalone video ads across various platforms and embedded videos in written posts all over the social media.

The world of video and video marketing is undergoing some sweeping changes.

As transformative technology continues to grow, we can only expect to see the likes of virtual reality drive this change in the long run.

But for now, the drastic changes revolutionising video in digital communication are driven by existing platforms.

The social media behemoth Facebook has shown a strong interest in video and has rolled out a host of upgrades to improve the service.

Even this cannot match the contribution of the two young social networks – Snapchat and Instagram.

These platforms have done and continue to do the most to advance video as a medium of online communication.

They are clearly rising fast in the social media world and are reshaping the way we interact, with Snapchat taking the foreground.

Why Instagram and Snapchat are Leading the Video Revolution

Facebook is doing well, but its effort is divided on many things beside video.

You could think of Vimeo, YouTube and a couple of other video-heavy networks as equally possible pacesetters as well.

But if you get to look at the two starring apps from the same lens as I, you’ll notice their inherent advantage and the great margin with which they’ve left the rest behind.

Let me help you…

That Snapchat and Instagram are young may sound trivial. But what about agility? Who’s more agile between the old and the young?

These two apps are young and every change they make is rather welcome.

It’s been around for way so long.

And that’s not doing it much good when it comes to pushing for change because its users are so used to the way the way it works that any change is met with resistance.

Such major backlashes even for minor changes discourage the social media giant from making changes.

Meanwhile, Snapchat and Instagram use that space to pace off.

Snapchat and Instagram tend to skew toward younger age groups. It’s popular knowledge; younger generations are early adopters and often tend to lead the way in the adoption of social media services. 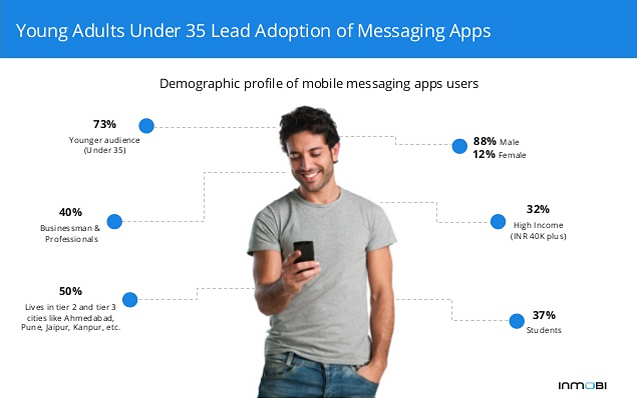 These folks are trendsetters and agents of change.

To drive the change, these networks need to push ahead.

As such, these demographics help Snapchat and Instagram introduce changes with ease.

This is added to the fact that being fresh in the highly competitive social media world, these two platforms still have a lot to prove.

As such, they are forced to differentiate themselves by constantly struggling to do more.

3. Power of the mobile

Both Snapchat and Instagram are primarily mobile apps. Instagram can be accessed over the Web. But Snapchat is exclusively used on mobile devices.

A greater size of Internet traffic is shifting to mobile.

According to FWM, the use of mobile continues to rise.

Further, only 40% of 2015 search traffic came from desktop and laptop devices with the rest coming from mobiles and tablets.

With mobile use on the dominating end, these two apps enjoy the advantage of running on the popular platform.

And video being a favourite medium of communication, any video-related trends they spur are easily adopted.

With that understanding, let’s look at how these platforms are shaping our world of online videos.

What Makes Snapchat the Better of the Two?

Snapchat is king of user engagement. 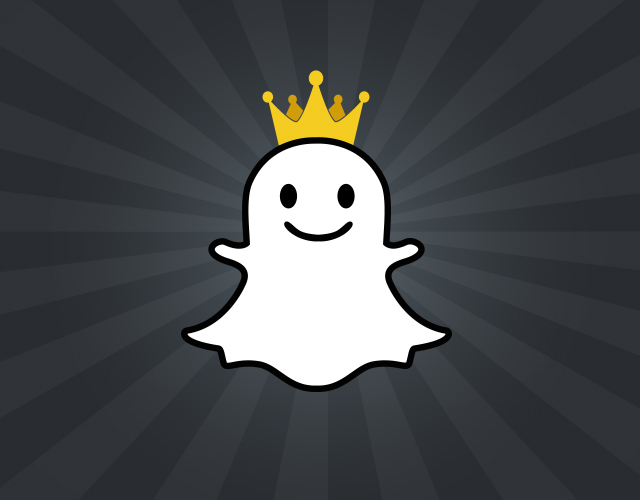 Photos and videos sent over the network eventually disappear, either after a couple of seconds set by the sender or after 24 hours.

This ephemeral nature of content on the app has gradually created an interesting influence on user engagement.

No one wants to miss out on new information.

Snapchat users, therefore, tend to be more engaged with the material on the app.

Everything else can wait.

There’s another angle. Snapchat has what’s referred to as Stories. 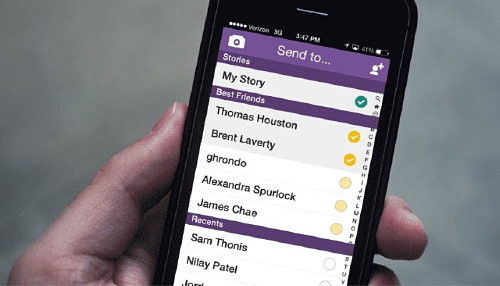 A user compiles a thread of ten-second videos or photos (snaps) to make a cohesive narrative.

According to the company, the stories “honour the true nature of storytelling — Snaps appear in chronological order with a beginning, middle and end”.

No user wants to have an empty story. Each of these stories disappears after 24 hours. As a result, people develop a culture of spending more time creating stories on Snapchat at the expense of other social networks.

To top it all, Snapchat just introduced vertical videos. Users, therefore, don’t have to tilt their phones to the side to be able to watch videos full screen.

Instagram and Snapchat have a powerful influence on Gen Y and Z.

These early adopters are the users of tomorrow.

As such the two networks are likely to remain the forces to reckon with as far as the future of video and digital interaction are concerned.