Nielsen to Measure Snapchat Ads – What This Means for Your Business 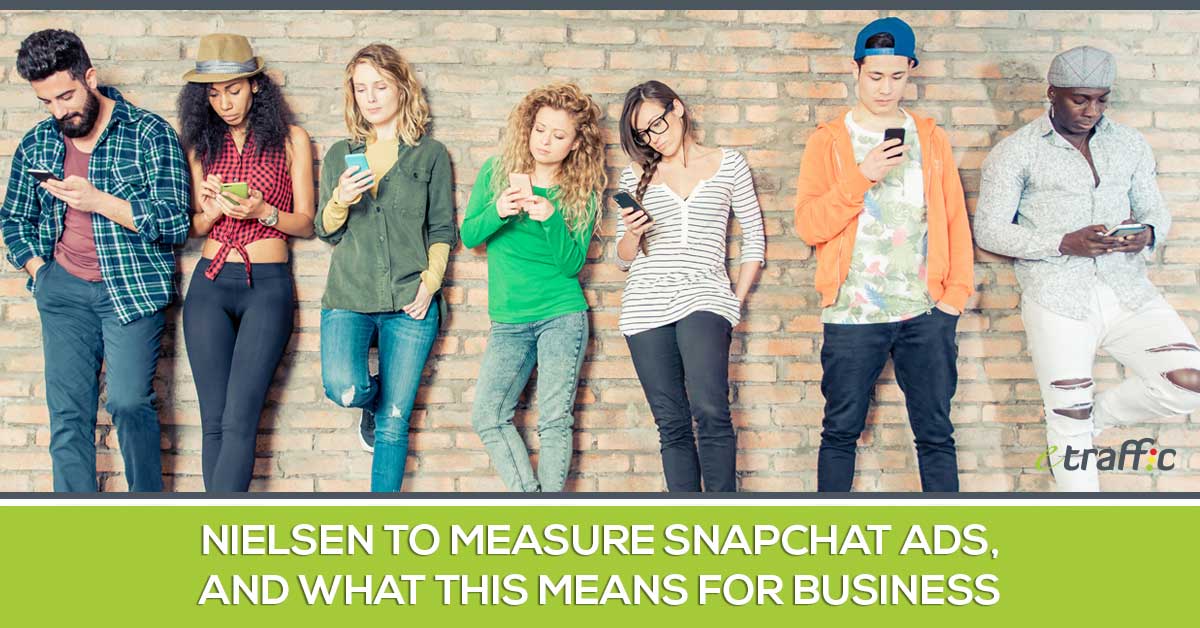 Marketers can now breathe easy as their new digital marketing network Snapchat is rolling out a plan to provide accurate measurements for their ad campaigns.

The five-year-old video messaging application is teaming up with Nielsen to provide marketers with accurate third-party data measuring for their ad campaigns.

This comes after Snapchat already briefed agency executives about this plan during the CES (Consumer Electronics Show) that took place in January.

It hinted that it was planning to have Nielsen measure its advertisements. 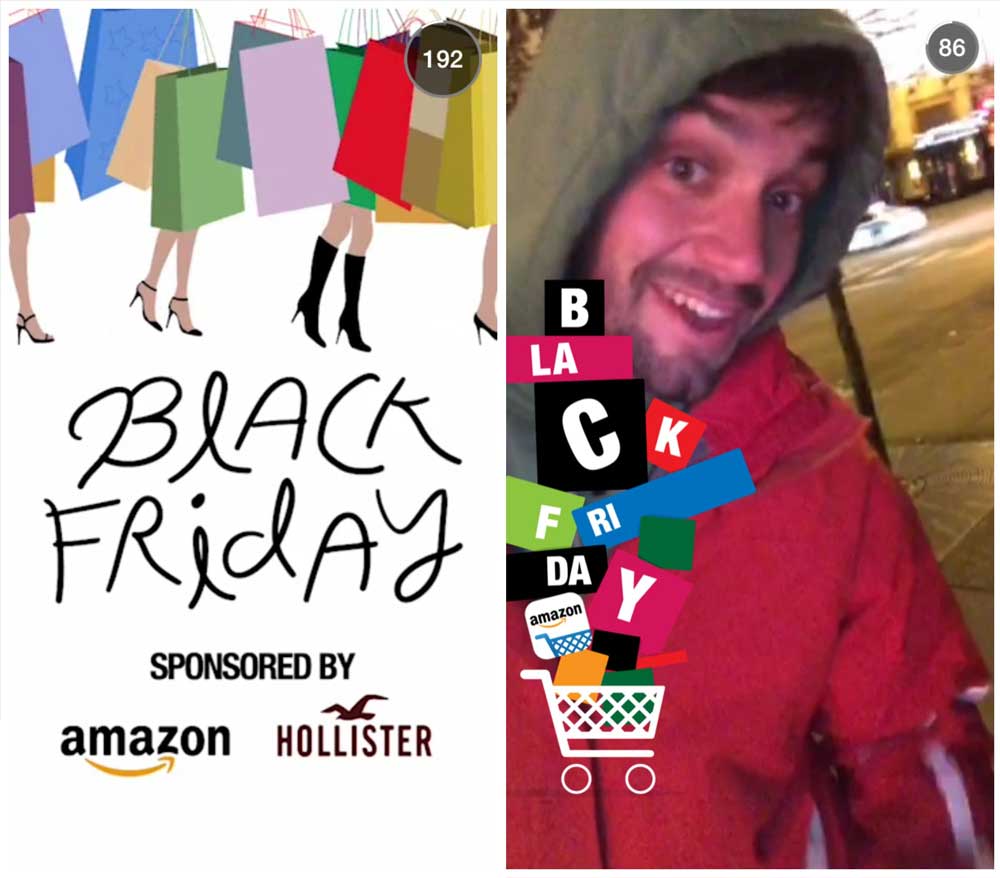 Snapchat has been sponsoring ads for business for nearly 16 months, but a big frustration for advertisers has been on one question.

How to measure performance?

Marketers have had no great way to assess how their ads are performing on the platform.

But that is soon going to be history.

Snapchat has now inked deals with three ad tech companies, Nielsen along with two others; Sizmek and Innovid.

This is in a move to bolster the video messaging network’s ability to provide more granular data on its delivery of campaigns. 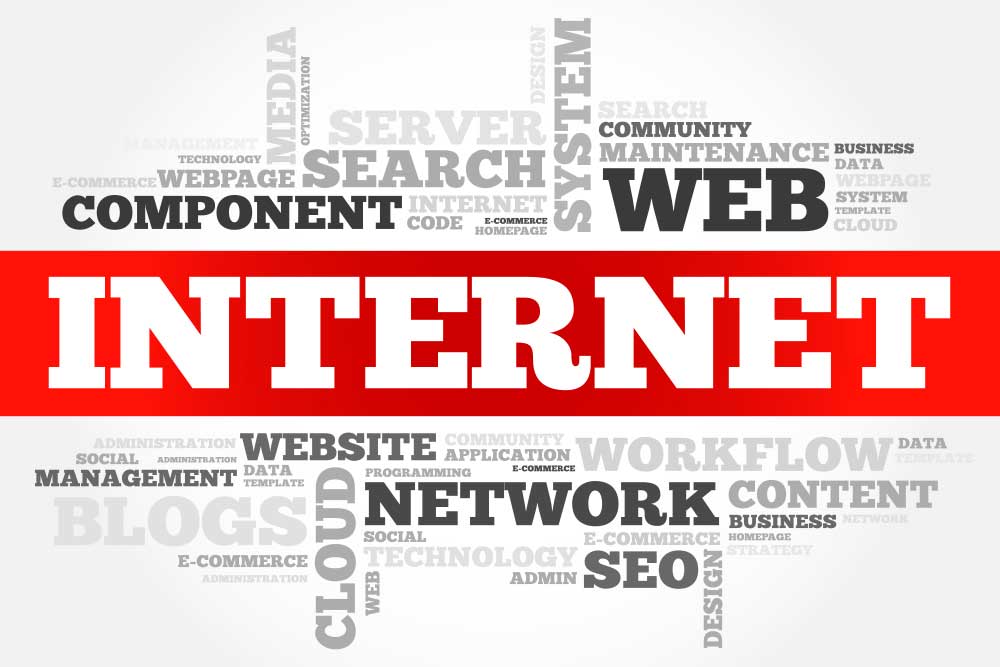 Of the three, however, Nielsen’s pact will most probably give Snapchat the validation it has been critically lacking in its ad service.

Bringing Nielsen on board means that brands will now be able to compare their Snapchat ad campaigns more accurately than those placed on the traditional TV platform.

Nielsen reported that Snapchat selected its Digital Ad Ratings to be the audience measurement amenity for the network’s 3V advertising units on mobile devices. 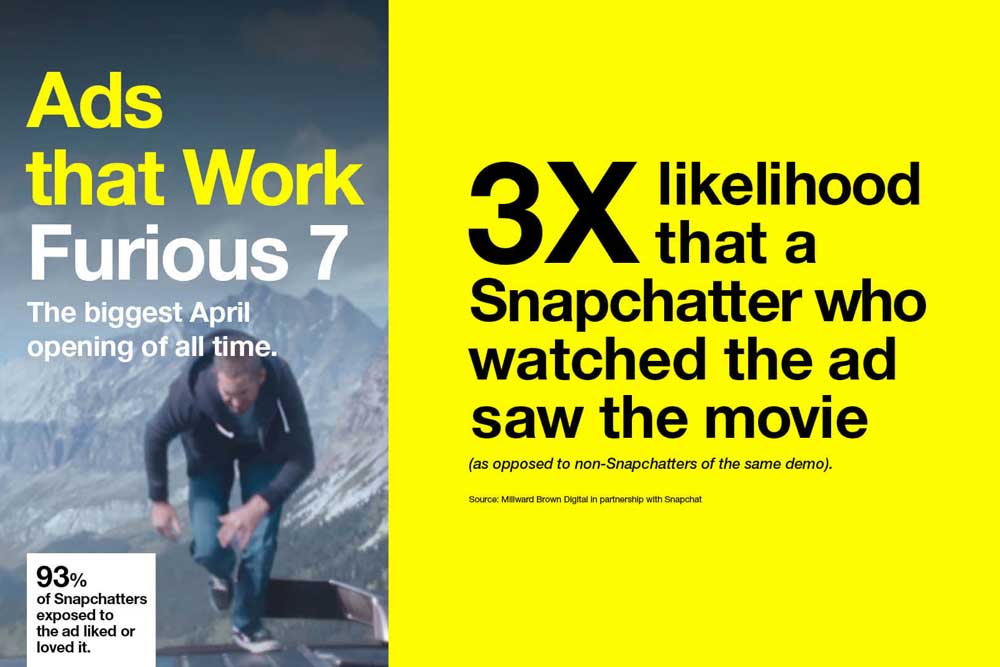 For those who don’t know the Snapchat’s 3V advertising units; these are full-screen, vertical format videos that Snapchatters view by choice within the premium and curated contexts of the mobile app’s Discover feature and Live Stories.

On Thursday, Nielsen announced that it would kick off its Snapchat Mobile Digital Ad Ratings Program by measuring marketers’ video ads run within the US.

It also intends to limit its measurement only to ads that appear within the mobile app’s Live Stories feeds and the Discover channels.

But this will eventually change as it will start to include Snapchat’s Sponsored Lens and Sponsored Geofilter ads in this program.

People can append the latter two to their own ‘snaps’, or posts. 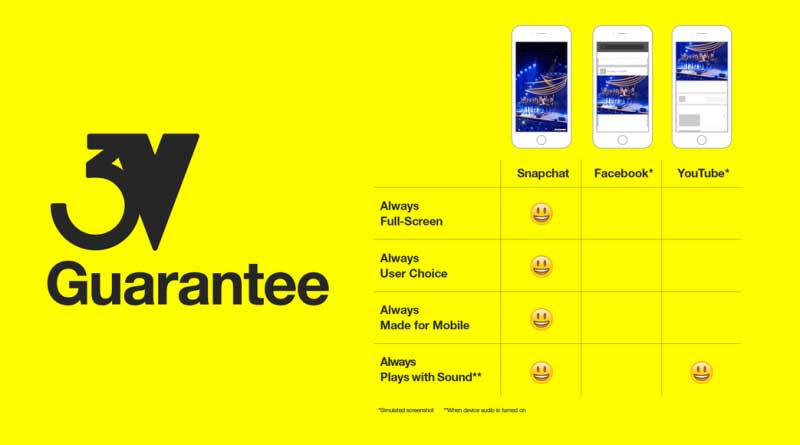 From Nielsen’s announcement, it however remained unclear how exclusive its ratings pact with Snapchat is. The statement included a note prepared by Snapchat Chief Strategy Officer, Imran Khan, saying that they are committed to bringing all the major measurement solutions to their mobile platform. 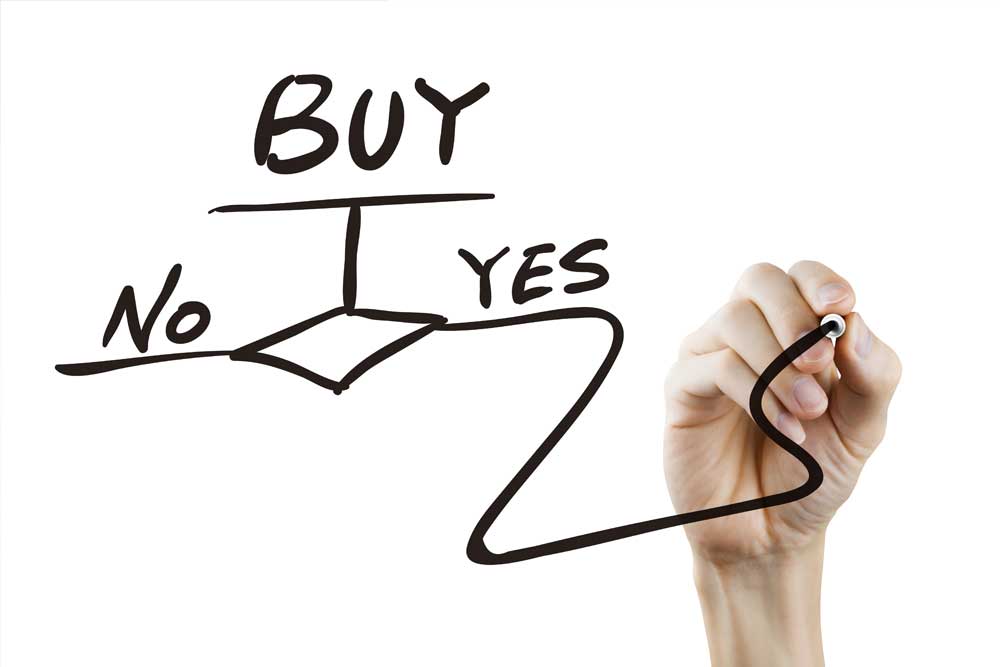 Nielsen Holdings, an international performance management company normally works by providing a comprehensive interpretation of what consumers watch and buy.

Specialisation of tasks is well spread in their respective segments with;

Nielsen’s analytics and insights senior vice president explains that the approximated 25,000 households are people who are handpicked because they most suitably represent the broader population.

Interestingly, Nielsen also integrates information from its various data sources, mainly the Watch and Buy segments to enable it to provide its clients with useful analytics that help improve performance.

The company has its operations spread across over 100 countries and cover more than 90 percent of the global population currently.

So, How Will Nielsen’s Service Work for Snapchat? 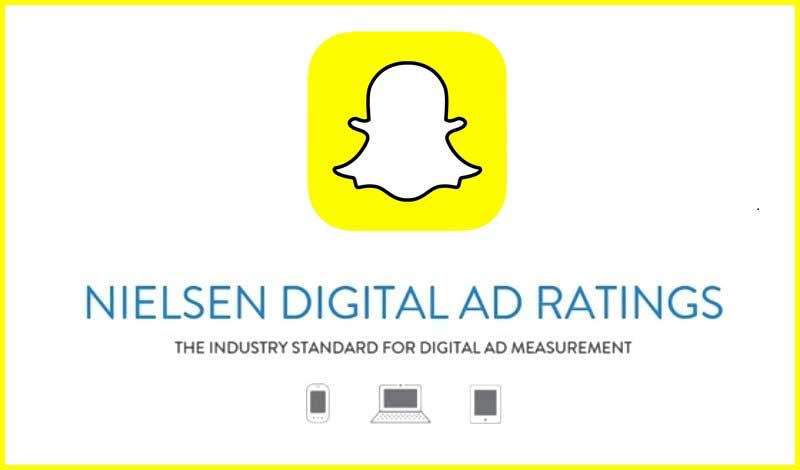 As we know, the Digital Ad Ratings are industry-standard for digital advertising measurement. They report the network’s total digital audience for campaigns over mobile platform.

Needless to say, it cuts across smartphones and tablets, and use metrics that are analogous to TV.

With these Digital Ad Ratings, Snapchat will be able to deliver its mobile audience reach, demographic composition, frequency and GRPs (gross ratings points) for the 3V campaigns. The good thing is, these metrics are consistent with those used across the wider digital space and television.

This means that Snapchat will start to gain more granular insight into the 3V ad campaigns and have more control over them. The video messaging network will have the ability to demonstrate the value of its audience to the brands that wish to advertise over the platform.

This is a way to not only address marketers’ concerns over whether people are really viewing their ads, BUT also capture new market and poise itself better for competition against the giant digital channels like Google and Facebook.

By adding impartial third party verification of the number of people who are shown the ads, Snapchat will be on par with traditional media companies like TV networks, in addition to its two digital peers mentioned above.

Notice that Snapchat already provides its advertising clients with some information about how their campaigns are performing:

But marketers are characteristically more trusting of objective measurements that come from a third party. This is why the Nielsen deal could make brands feel more comfortable spending their money on Snapchat ads.

We are Happy about the Deal – Snapchat Confesses!

Snapchat’s intermittent comment offered on the statement that announced the deal with Nielsen indicates that the company has confidence in the pact.

“We’re excited to work with Nielsen to measure the great results our advertisers see every day on Snapchat”, said the company’s chief strategy officer, Imran Khan.

Mr Khan added that they are committed to bringing all the major measurement solutions to the platform.

What is Nielsen Saying about the Deal?

The ad measurement company has equally echoed the same sentiments expressing confidence that the deal will yield productive results for brands using Snapchat. 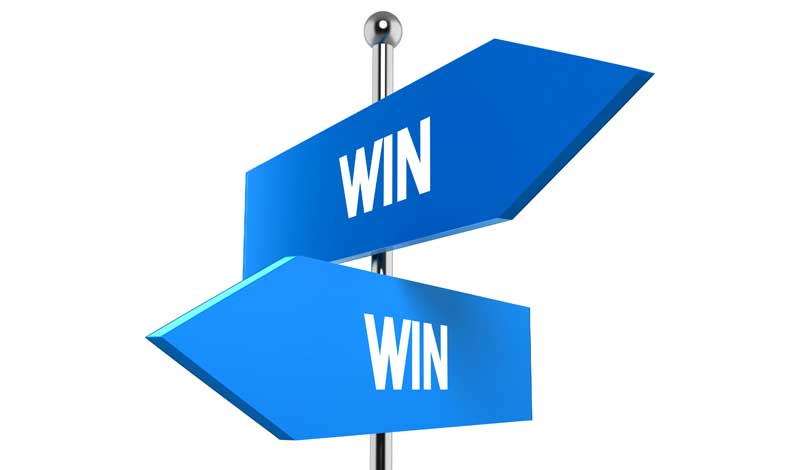 Now it remains to be seen how well the new objective measurement component will impact business for Snapchat.