Growth Hacking: Learn to Grow Your Business from Zero to Hero 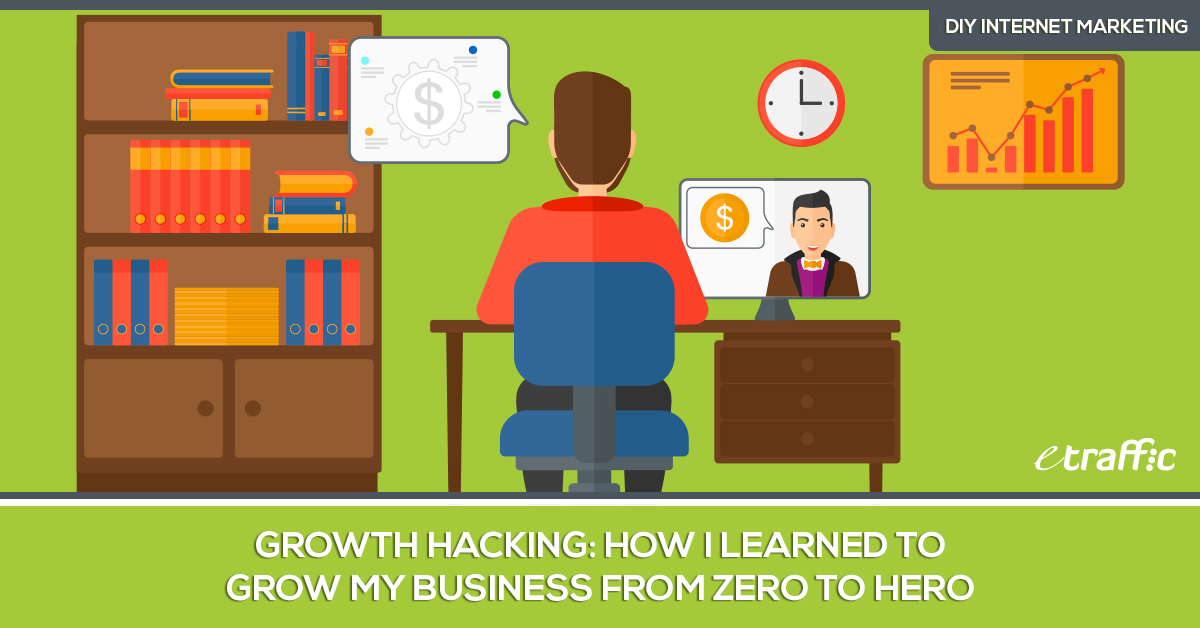 Back in the day when marketing was 100 percent analogue, businesses would line up their advertisements at radio and TV channels and fill up the street with large billboards carrying pictures of their offers.

Since this was the only real way of getting people to learn about their products and services, they had to be as creative as possible.

That’s why you would see all kinds of billboards: some rectangular, others triangular, and others in specially curved shapes to appeal to customers. To some extent, it worked.

But towards the end of the 80s, computers were starting to emerge and analogue marketing channels slowly declined.

People were more focused on their computers and mobile devices. Although they still watched TV, they would skip ads. 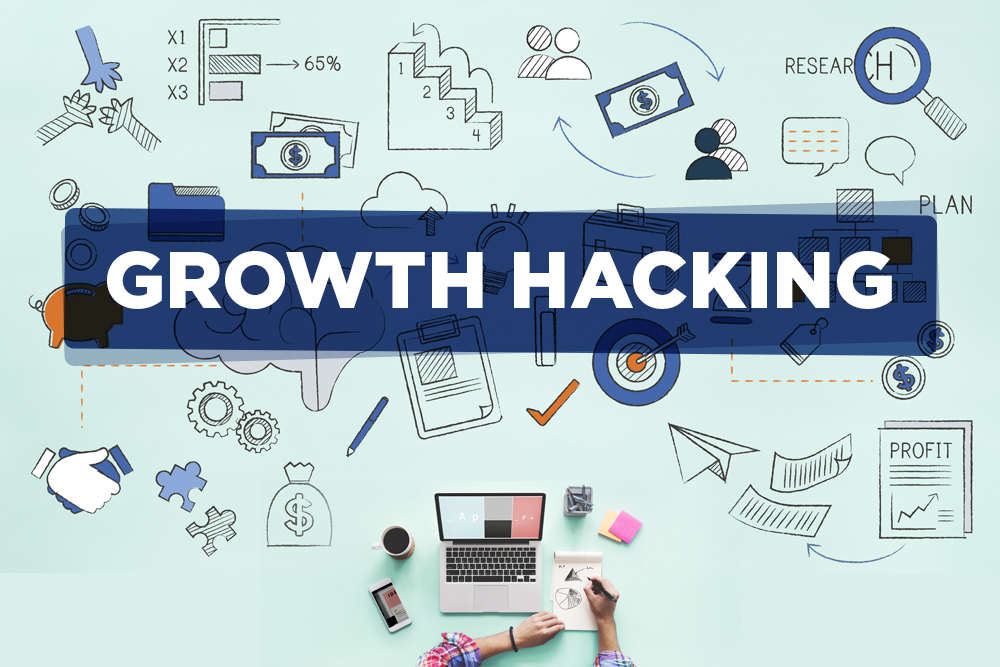 An excellent example was witnessed in early 1996 when a couple of employees in a technology firm developed a web-based email platform.

The idea was to keep their bosses from monitoring their private messages.

They named the system HoTMail.

Although they didn’t initially see it as a business opportunity, they soon realised that they would make a lot of money by signing up customers to the new product.

In any case, every employee tries to hide a few things from their employers. So, later that year, they quit their full time jobs and went out seeking investors for the product.

Their first thoughts were that they would pump a lot of money into radio advertisements and billboards.

But their angel investor, Tim Draper, had other ideas. He insisted that each mail be signed with:

PS – I Love You. Get a Free Hotmail Account.

What followed was breathtaking.

Over the first month, more than 100,000 users signed up and within one and a half a years, Hotmail was already being used by more than 12 million people.

Hotmail was sold to Microsoft for half a billion dollars towards the end of the 90s.

What is Growth Hacking? 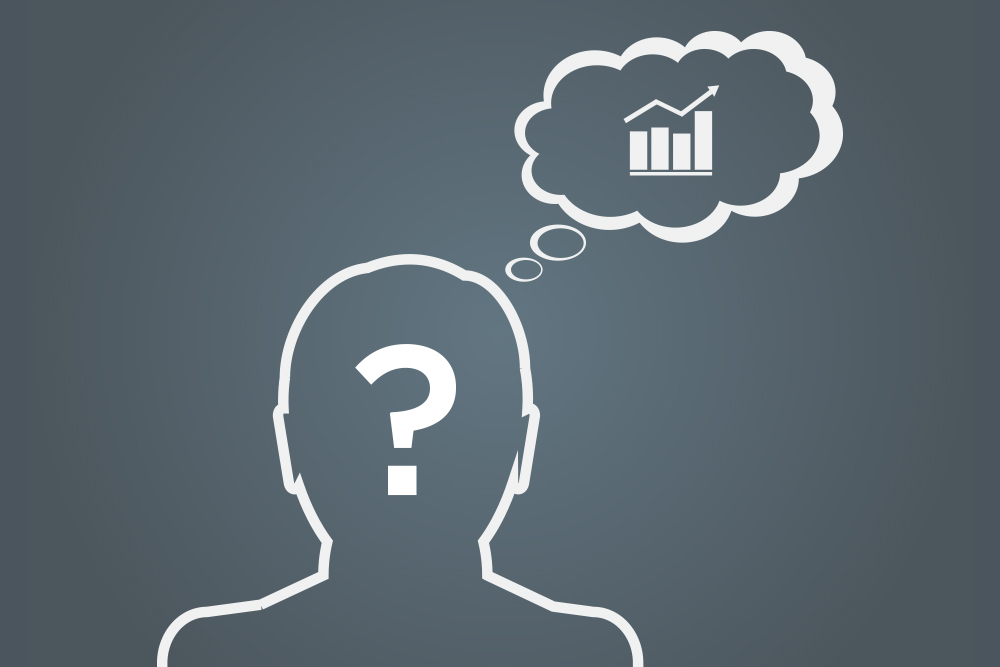 The above example is an excellent example of growth marketing; when you use creativity to win over customers.

As you can see, growth hacking existed even before the internet was born. When people became creative with their advertisements and crafty with their banners, they were “hacking” growth.

The concept of growth hacking has only exploded recently because the internet makes the possibilities even greater.

Whenever I mention growth hacking, some people think I’m talking about internet marketing.

While the two are excellent strategies for marketing over the internet, they are not the same.

Internet marketing refers to a careful strategy where you first identify your target customers and thereafter pass your advertisement messages to them in ways that make them want to buy the product.

Alternatively, if the customer is already on the path to making a purchase, internet marketing would use carefully thought out messages to shorten the time to make a purchase.

Growth hacking, on the other hand, is all about using experience and creativity to win customers.

It’s about finding the little things that make people want to become attached to your brand.

Of course, it relies on internet marketing to find the ideal targets. However, while internet marketing involves a series of predetermined steps, growth hacking is simply about being creative in order to win more fans, customers, sales and everything else that contributes to “growth.”

So, we could say that growth hacking isn’t internet marketing, but a more creative way of driving growth.

Who Uses Growth Hacking and How?

In this age and time, every business needs some form of growth hacking strategy to be truly successful. The good news is that growth hacking takes so many facets that sometimes you may be actively doing it without realising.

With growth hacking, focus shifts from budgets to growth.

Instead of worrying about how much you need to spend to win a customer, you only worry about bringing them in and then, maybe later, you can think about the cost.

Unlike traditional marketing, growth hacking does not believe in spending as a prerequisite to growth.

To any business, this approach can be a game changer. 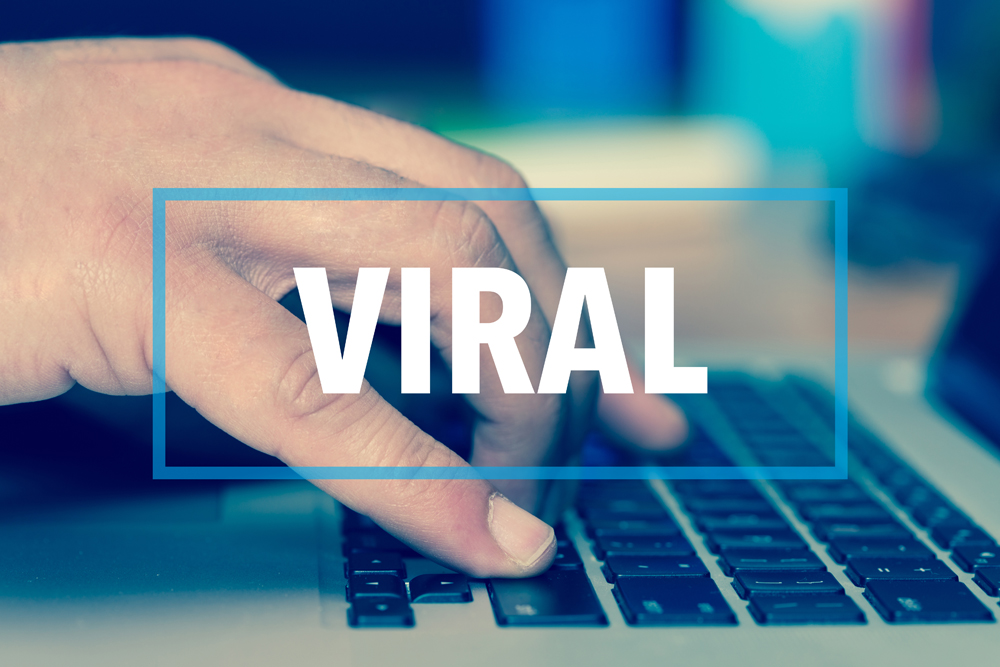 The more times you gain viral attention in whichever marketing channels, the better off you are as a business. That’s why businesses are actively trying to go viral on social media. And, we know well the potential rewards of viral marketing.

As already mentioned, growth hacking is all about being creative – going beyond the normal. Traditional marketing dwells on the known channels to market products.

Growth hacking, on the other hand, relies on out-of-the-box thinking. As a growth hacker, you will be constantly running new experiments and drawing new conclusions.

A strong characteristic of growth marketing is to push beyond the limits. If it’s sending emails as a way of trying to get more subscribers to your newsletters, a growth hacker will send so many of the emails that he or she may be mistaken for spamming.

They are always getting in the grey-area of marketing where if you’re not careful, you may end up in the SPAM folder. However, many times it pays off big time! 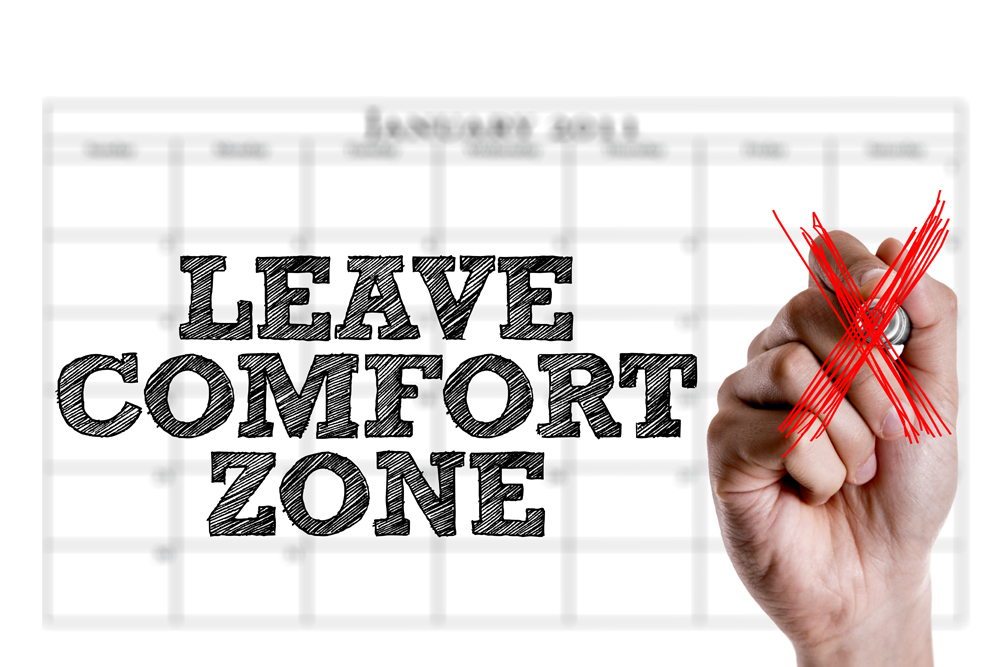 5. Top to bottom versus bottom up

In any business, product is everything. Every activity carried out at any level within a company is usually aimed at getting more people buy their product.

Growth hackers usually start right at the top – with the product. The idea is to find ways to make the product more appealing to customers.

What You Need to Know: Growth Hacking Resources 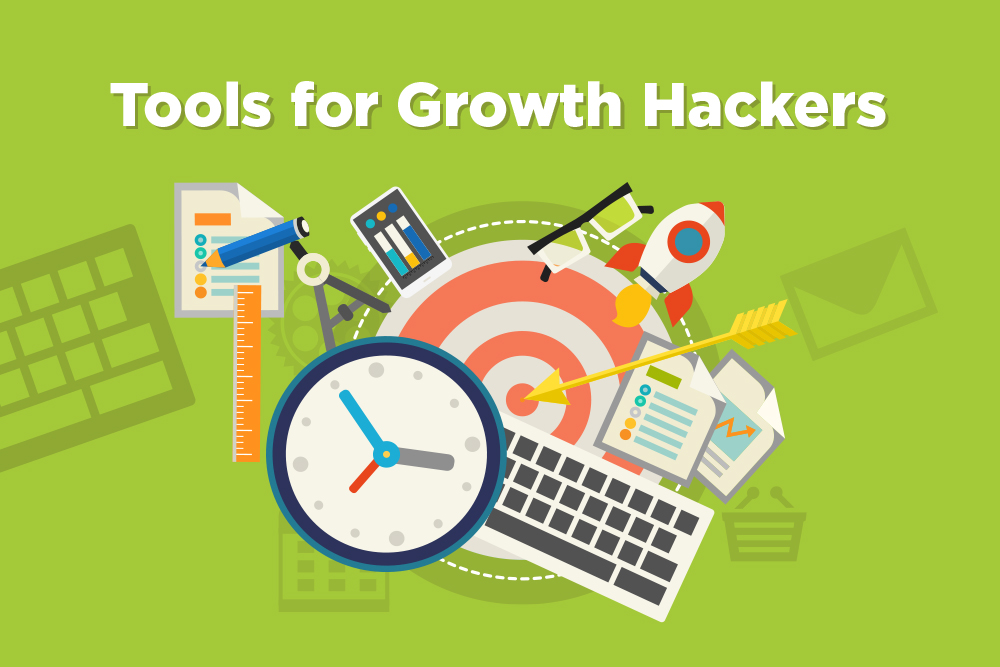 There are certain things you need to know to be a successful growth hacker. Most of these things you will only learn when you’re actively involved in your campaigns.

Nevertheless, there are several resources on the internet that have proved useful to budding marketers like you.

Growth Hacker TV is an excellent resource if you love learning through video. The TV is a compilation of interviews where each episode spotlights an entrepreneur in a different industry, discussing growth hacking techniques.

This is another great resource for people who want to better their growth hacking skills. There are experts on the site just waiting to help, plenty of in-depth blog posts, and several case studies for you to learn from.

Finally, you can always check in at growthhackers.com to learn the basics of growth hacking. Even seasoned pros will come away with a few new ideas from the expert articles and blog posts on the website.

There are many great examples of growth hacking success stories that you can learn from. Here, we will only look at two cases; Twitter and Facebook.

Twitter is by all accounts one of the best success stories of growth hacking. 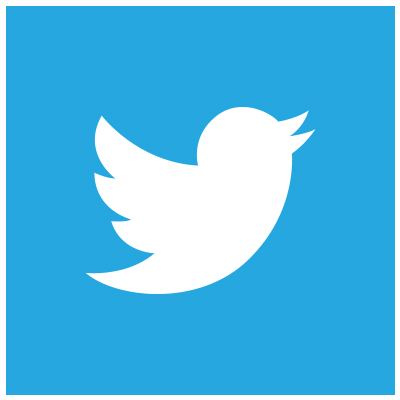 A household name at this point, everyone who owns a smartphone probably uses Twitter. And, even if they don’t, they probably know what it is and what it does.

When the company started, it quickly gained popularity.

People signed up by the thousands and within just a few months, the company had millions of subscribers.

However, as time passed, the number of people signing up started to decline and even activity on the social network declined. At some point, people were only logging in a few times every day and in some cases just a couple of times per week.

What Twitter did all that time was that they closely monitored user behaviour:

With this information, they were prepared to revolutionise the entire platform.

Some of the things they learned include the fact that immediately after someone signed up, they tried to connect with friends and other groups.

The faster they can make these “connections” the happier they become. Otherwise, they would log out pretty soon.

So, Twitter started suggesting connections to new users. This allowed new users to make connections sooner and find a reason to log into their accounts more frequently.

Initially expecting a lot of subscriptions in the first few years, the network was struggling to hit its targets. Then they hacked a few ideas and within no time, Facebook was growing at an alarming rate.

This alone led to millions of subscriptions.

Facebook is also said to have invested in several service providers in developing countries. Most business experts couldn’t understand the motive behind this move but when the program was fully rolled out, Facebook received millions of subscribers from around the world.

What happened is that Facebook traded useful pieces of information with the service providers in return for email addresses.

Finally, at some point Facebook also reached out to some influential people to sign up for the service with the aim of luring more people to the network.

By getting some powerful figures from all professions and industries; science, politics, education, technology, and so much more, other people would be convinced that Facebook was indeed worth joining.

There are definitely other companies that also attributed their success to growth hacking. These include Quora, YouTube, LinkedIn, and AirBnB.

So, we learned that growth hacking isn’t something new. It is only gaining a lot of popularity in the 21st century because of the internet.

We have also defined growth hacking as being creative with marketing. 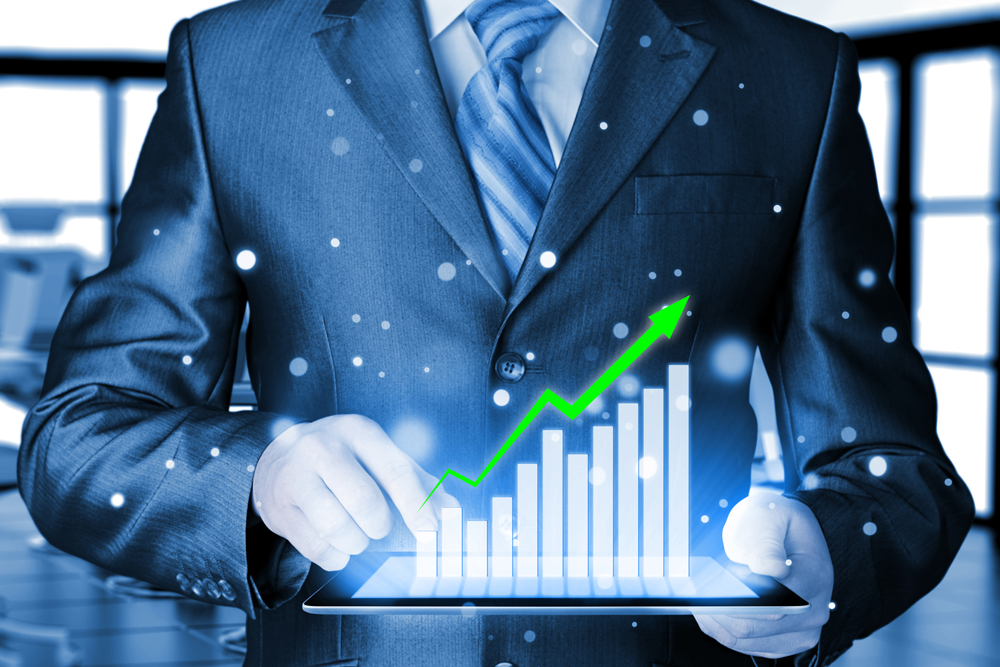 When a business devotes time to learn what consumers want in a product and then sets out on the journey to make that product appealing, then that is growth hacking.

Finally, we have also seen why growth hacking is driving business in the information age and even provided real-life success stories of companies that have benefited from it.

In the next section, we will now look at how you can use growth hacking techniques to win conversions on your website.