Posted by Cameron Francis on 03 Jun , 2014 in News Uncategorized 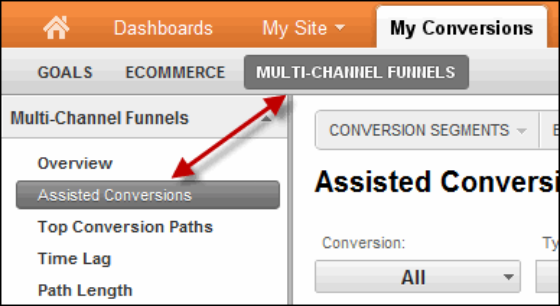 Owners of physical stores that have AdWords advertisements could be on the brink of some exciting changes. Google is in the midst of testing ways to better correlate in-store purchases with AdWords ads.

For quite a while now retailers have had a difficult time determining whether there online ads were driving sales in their physical stores.
Google has recently started a trial program for attributing in-store transactions to AdWords reporting. They have enlisted advertisers to help them match tracking cookies on the computers of users with sales information that is collected from customers making in-store purchases. This information is being collected by Datalogix, Acxiom, Epsilon, and LiveRamp according to a recent Wall Street Journal article.

Google says they are running tests that will assist clients to measure how paid search is impacting their in-store sales.
While it is relatively easy to measure the impact of AdWords ads on online sales, it is much more difficult to track the amount of in-store sales that are assisted by online ads.
Clicks are merely that start. There is much greater value for ads when they can be linked to in-store purchases. If Google can show that users who clicked on an ad actually purchased something at a physical store, it would further enhance the value in AdWords advertising.

Facebook has been gathering information on in-store sales for the past year and a half to try to demonstrate the efficacy of ads on its own site. Data collection providers generate addresses, emails, and names of millions of in-store buyers along with their purchase histories.

Facebook is already aware of the email addresses and which ads have been viewed by their users. To avoid personal privacy issues, Facebook and their data providers don’t directly share data. Rather, an algorithm is used to randomise the data.

Information that pertains to a specific person is assigned an identifying number that is the same in both data sets, and can therefore be matched. This permits the data to be shared without information that could identify an individual.

Google’s data collection and correlation method differs from Facebook’s. When someone clicks on an AdWords ad a “click ID” which is anonymous is sent advertisers. Many times an advertiser will have a cookie present on the computer of the person who clicked the ad which is matched to the “click ID”.
Some time in the near future, the user may purchase something in the advertiser’s physical store. The retailer and data company are then able to link the purchase with the cookie of the purchaser. Then the click ID is matched with the cookie.

Finally, Google will be able to inform advertisers which of their ads resulted in in-store sales, and the amount of revenue they generated.
Google claims that the identity of the purchaser is never disclosed, according to the way their tests are designed.
AdWords currently reports numerous metrics like cost-per-click, click-through rates, and user defined conversions. With this new program, accurate data regarding in-store sales that were assisted by Google ads can also be displayed.