What You Need to Know About Bitcoins

Posted by Cameron Francis on 30 Nov , 2015 in News Uncategorized 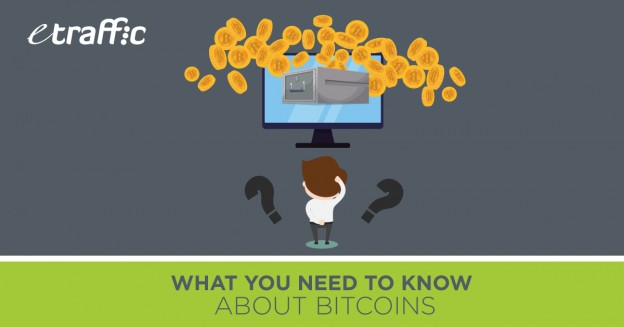 Over the last 2-3 weeks, the bitcoin cryptocurrency crossed the $500 price point. Even though the price wasn’t stable as it kept falling and rising –some would say courtesy of activities from the Chinese government- it was still enough to generate renewed interest among the global populace.

For those who don’t know what a bitcoin is or have heard about it in passing, but really have no idea what it is, the question has been “what is a bitcoin and why is it selling at such a ridiculous price?”. In this primer, we’ll attempt to explain what it is and provide you with everything you ought to know about it.

In simple terms, it’s an independent digital currency that’s separate from all central banks. It is often called the “currency of the internet” and isn’t managed by any government or financial houses. All regulations of its mining and distribution are enforced through the use of certain encryption technologies across a network of computers all over the world.

This is part of what makes it so controversial. Despite all attempts by governments, relevant organisations and bodies to shut down its mining and circulation, the virtual currency has grown from strength to strength as those attempts have been mostly futile.

Bitcoin buyers and sellers typically use TOR -an open source anonymiser that bounces around internet traffic, thus ensuring that users are untraceable- to do all their bitcoin transactions.

This inability to pinpoint the origins of the bitcoins in circulation or even know the owners –you don’t have to provide valid identification when doing bitcoin transactions- has been largely responsible for the failed efforts of the government at cracking down on the currency.

Bitcoins – The Good and Bad

This is particularly good news for small business owners who need every profit they can get from their businesses. All debit and credit card transactions come with an associated cost imposed on them by payment processors and service providers.

Process enough of this every day and you’ll soon see how these eat into your profits. With bitcoins however, there are no charges because it isn’t regulated by any financial organisation.

There’s the real possibility of using the bitcoin as a safe haven in economies where the currency value struggles with consistent depreciation (although there’s no guarantee of this seeing as the bitcoin value fluctuates based on demand).

This particularly applies to third world countries with unstable economies. Since there’s no regulation by the financial organisations and payments are done through their phones, users can completely avoid the need for a bank account and just use the cryptocurrency for their transactions.

3. Could Be Good for Those Avoiding Taxes

In 2014, the Australian Tax Office (ATO) started setting taxes on the bitcoin a currency. However, in a contrary move in August this year, the Australian Senate Committee started making moves to reverse the tax ruling.

If this works, it means that people who are looking for tax shelters can convert their cash to bitcoins and use them for all their transactions. They can also accept payments in bitcoins as those won’t be taxable.

4. Often Used by Criminals and Terrorists

In a peculiar twist of events, it does appear that what makes the currency appealing to many is also responsible for its negative perception. This unique quality is the anonymous nature of transactions and ownership.

When Silkroad –the Amazon for all illegal things- was still active, its main currency of choice was the bitcoin. People bought and sold illegal weapons, drugs, and narcotics, paid for paedophilic activities and human trafficking and other illicit activities through the platform using bitcoins.

Lately, because of the government’s close monitoring of various terrorist cells and organisations, many have resorted to converting their easy to track cash to the difficult to track bitcoins and used it for funding their terrorist activities. Case in point is the article stating that ISIS has over $3 million in bitcoin. As a result, organisations like the EU plan to crackdown on the currency, particularly after the recent terrorist attacks in Paris.

The value of bitcoins largely fluctuates according to its demands. As at 2013, one bitcoin was valued at $17.9 AUD. Now, it’s valued at roughly $452 AUD. Over the last month, its price fluctuated between $400 AUD and $760 AUD per bitcoin.

During those weeks, lots of people lost and made some money trading the bitcoins. That said, this unstable nature of the coins makes it a pretty risky investment.

Some people are already saying the bitcoin is dead as a currency. Others have issues with its lack of stable value as seen in Ben Bernanke’s statement last week.

The reality is that as long as it’s not regulated by any government body, bitcoins will always have these negative speculations attached to them. Investors would do well to be aware of this before jumping in and trying to cash in on it.

Will Investing in Bitcoins Make You Rich?

Well, that really does depend on what your definition of “rich” is. If you want to make a tidy sum from buying and selling them, that’s entirely possible. But, if you want to get rich, it might be better to think long term.

The good news is that the currency’s value seems to be growing at a slow and steady rate. In the last two years alone, it’s gone from two digits to three digits in value. The trend points to a continued rise particularly now that major institutions like the Chinese government and Wall Street are taking interest in it.

This all depends on your financial goals. Most investors tend to follow the second approach as the first one requires significant resources to pull off. However, if you’re interested in bitcoin mining, this comprehensive guide will provide you with all the information you need to start your own operation and profit from it.

Coinbase just released the world’s first bitcoin-based debit card. Called the Shift Card, the debit card can be used at any local and online store or website that accepts standard Visa cards. This was done in the bid to take the bitcoin currency mainstream and make its use easier in the society.

There are also efforts in certain quarters to ensure its stability and consistent value. Interestingly, while all these are happening, governments and big financial houses have been looking for ways to crack down on the currency and regulate it. Whether that will happen in future still remains to be seen.